The New Gold Rush - An Outlook on Lucrative Tech Careers

With a wide range of secure and highly compensating jobs, the tech industry is becoming a popular choice for young people. While this gold rush is projected to slow down, the industry will continue to thrive and remain relevant.

Nowadays, if you ask your average high school student what he or she wants to study at university, you'll probably get something along the lines of "Computer Science," "Software Engineering," or "something related to IT." Young people are increasingly interested in careers in the technology industry. IT-related majors are now among the ten most popular college majors. With a wide range of secure and highly compensating jobs, the tech industry is becoming a popular choice for young people.

Money is one of the most important factors that influence our career choices. We all need to lead stable and (to different degrees) luxurious lives. And tech careers seem to offer exactly that. In the United States, the average annual salary of an individual in the tech industry is about $100,000. The average salary in the united states is estimated to be around $60,000 annually. So tech salaries offer almost double that. Therefore, it is understandable for people to gravitate toward these types of careers. In Ethiopia, the data on average annual salary is not clear. But, some statistics show that individuals who work in the tech industry can earn up to 20,000 ETB per month, which is a relatively high salary. It wouldn’t be surprising that tech careers are getting increasingly popular when one notices this. The rising influx of students enrolling in tech careers is so astonishing that one could term it "The Gold Rush of the 21st century".

Why are tech careers Lucrative?

Tech careers are lucrative for a reason. One is the increase in our use of technology. Our demand for technological products continues to rise unabated. And, as basic economics suggests, a rise in demand will create a rise in supply. As a result, there has been a surge in the number of tech startups. But one thing that sets tech startups apart from other startups is their ability to return a massive profit in a relatively short time. The revenues, therefore, will be partly invested in employee compensation.

The other reason tech careers are so rewarding is that, despite the bar of entry being so low (to the point that one might get a tech job without a degree), IT jobs require vast knowledge and expertise. Those who enter an IT career without a degree need years of self-educating to be the right fit for the job. Those who choose to take the degree go through 4 years of intense learning. The job is not so easy either. It requires a combination of problem-solving and critical, analytical, and creative thinking. Therefore, roles that require more expertise and experience tend to pay more. Although this “square deal” arrangement applies to all careers, tech jobs offer and demand significantly more from their workers.

Factors like these are vastly contributing to the appeal of tech jobs. The youth's desire to work in technology is also growing. Many young, talented, and innovative minds turn to technology as a creative outlet. And it couldn't have happened at a better time when opportunities abound. However, as with most things, there are drawbacks to a career in technology.

Disadvantages of working in tech

We mentioned earlier how tech jobs require experience and expertise. Well, that by itself could be a disadvantage. Jobs like these are often highly demanding, and workers must work long hours to meet those demands. It will usually lead to employee burnout and a poor work-life balance. Hence, tech roles (like software engineering), despite their high compensation, have one of the highest turnover rates. This indicates that employees often get frustrated quickly and struggle to settle for a job. After all, compensation is not the only parameter to measure the quality of one's career.

Employees in the tech industry also need to learn constantly. Some take it as an advantage while others complain. Many employees often feel overwhelmed by the amount of learning they have to do, creating complications like imposter syndrome. According to a 2018 report by Blind, a whopping 58% of tech employees experience imposter syndrome. The consequence is a mar on their self-confidence and productivity.

Risks tied to the Industry

All the drawbacks aside, however, careers in tech are still attractive to many and will continue to be. But certain risks loom over the industry. This is where our “Gold Rush” analogy comes in. The Gold Rush in nineteenth-century California saw much of San Francisco's population flocking to the gold mines. Hundreds of thousands of Americans from different states and immigrants from Asia, Europe, and South America followed suit. It was the most frantic race for wealth and power in American history. Though not surprising, the gold rush eventually slowed as the most productive deposits were depleted, and organized capital and machinery replaced the efforts of individual miner-adventurers with more efficient and businesslike operations. This leads us to our first risk, Saturation.

Remember those days when engineering was a trend? As the construction industry was allegedly booming in 2010’s Ethiopia, many youths chose engineering as their career. The period saw a surge in the number of engineering graduates, and, for some time, engineering was a good career choice. However, as graduates grew in number, the jobs couldn’t keep up. The country could offer so many opportunities after all. The saturation in the field got up to the point that an engineering degree became associated with unemployment. Now, the boom in construction was no gold rush, and, in comparison, the tech industry is likely to keep growing. But, similar risks hover above it. While these risks do not warrant a “winter is coming” narrative, certain events like Meta’s new hiring freeze indicate the tech industry is not immune from them.

There are also concerns raised in regards to tech workers being replaceable. As AI development is reaching unimaginable levels, people who work in the industry are said to be working to replace themselves. This is not to happen anytime soon, but if the concerns are accurate, we might have numerous tech workers who’ll find themselves obsolete. 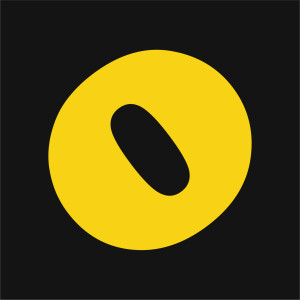